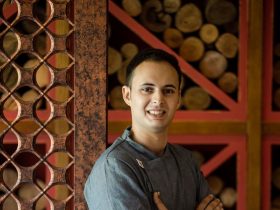 AirAsia provides additional discounts by logging in to airasia.com or the AirAsia mobile app before placing an order. Customers can also order tickets through AirAsia travel agent partners with a variety of special offers or through the AirAsia Travel Service Centers in various cities in Indonesia. Ticket prices include a free baggage allowance of up to 15kg.

AirAsia implements stringent standards in the transportation of passengers and goods as determined by the government, civil aviation authorities and local and global health agencies, including the World Health Organization (WHO).

The entire AirAsia fleet is equipped with HEPA (High Efficiency Particulate Arresters) air filters which can filter 99.9% of dust particles and airborne contaminants such as viruses and bacteria. The aircraft used are immediately disinfected as soon as they are finished in accordance with AirAsia operational safety standards. Accompanied by strict security protocols along the way, the risk of transmission in the aircraft can be minimized. (www.airasia.com)