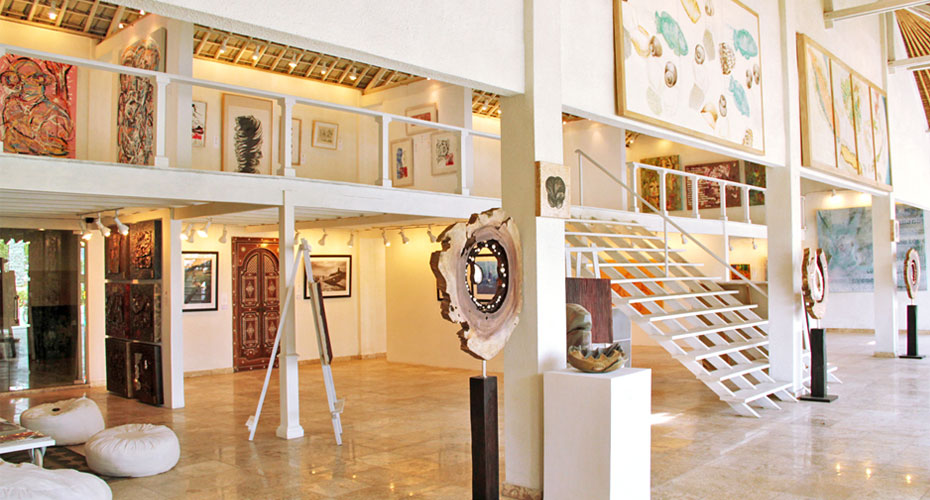 Griya Art Gallery at Griya Santrian a Beach Resort and Spa was proud to host the launching of Dancing in Silver: The Jewellery of Runi Palar book and an exhibition of her latest silver works on December 29th.

Officially sponsored by the Indonesian National Arts and Crafts Council, Dancing in Silver pays homage to Indonesia’s first modern jewellery designer, Runi Palar. With Bruce W. Carpenter as author, the book features photos of more than 300 of her best designs created during a career that spans almost fifty years. The book is a visual delight and an inspiration to anyone interested in Indonesia and/or body adornment. The book includes an in-depth essay that gives insight into a generation of young Indonesian artists who tenaciously established their own artistic identities. Runi’s story began in the 1960s and has been developed in tandem with the evolution of Indonesia’s contemporary art scene, the integration of the country’s rich artistic traditions into modern art, and the release from colonial oppression. Dancing in Silver explores Runi’s collections, discusses her influences and demonstrates why her creations are coveted and collected throughout Indonesia and around the world. The book and selected jewel pieces will be on sale during the month of January.