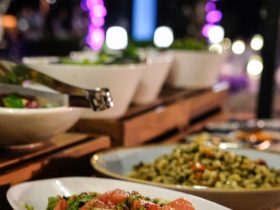 Thai by birth, Thai-Australian Chef Pam is not a stranger to Thai’s culinary scene, a celebrity chef appeared as host and judge on twelve seasons of Top Chef Master as one of the four culinary experts from the judging panel. During her early career as a chef, Pam worked for several five-star hotels in Thailand before continuing her education at The Culinary Institute of America. Graduated with high honor and awarded first in management and culinary, Chef Pam began working at Jean Georges Restaurant, which has consistently been awarded four stars by the New York Times and three Michelin stars. Jean Georges presents exquisitely crafted dishes blending French, American, and Asian influences. After several years of training and working with executive chef Mark Lapico at Jean Georges Restaurant, Chef Pam has honed her fine culinary skills and exceptionally high standards.

Chef Pam’s outstanding skill will be fused with Chef Gaetan’s passion for exploration and discovery. Chef Gaetan has successfully led Rumari to be one of the finest Indonesian restaurants on the island and the first ever restaurant in Indonesia—one among the selected few exclusive venues globally—to be appointed as Krug Ambassade. 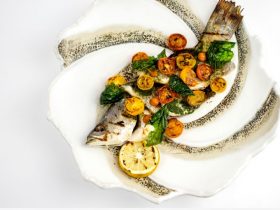 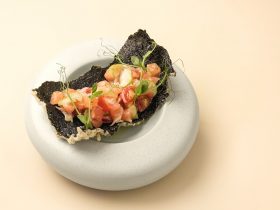 Salmon Gohu in Nori Base at Ikan 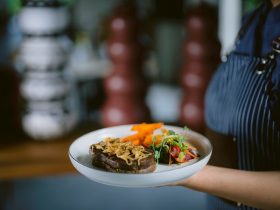 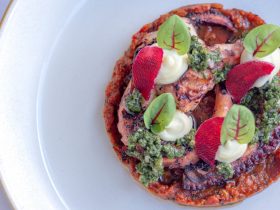