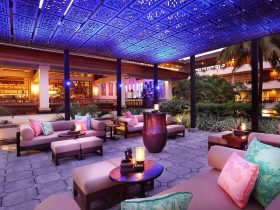 Kempinski Hotels has been selected to become one of the first international hotel groups to operate a luxury resort on the island after signing a management agreement with Indonesian developer PT. Teluk Agung Alami to operate The Apurva Kempinski Lombok. The signing follows more than three years’ successful collaboration with the company at The Apurva Kempinski Bali, which opened in February 2019.

Set on 14.3 hectares of spectacular beachfront in a secluded bay on the southwestern coast of the island, The Apurva Kempinski Lombok will be home to 200 suites and villas starting from a generous 65 sq. m, placing them among the largest entry-level rooms in Indonesia. A world-class integrated spa and wellness facility will tap into Indonesia’s deep connections with health and healing, while five dining venues will celebrate the archipelago’s rich culinary traditions. An outdoor party lawn and extensive meetings facilities will also make the resort a popular destination for island weddings and events.

The Apurva Kempinski Lombok will be part of a wider development that will ultimately be home to up to 10 hotels and resorts on Mekaki Beach, as well as an organic farm, a ranch and an equestrian centre: a mixed-use development that will create an integrated luxury resort destination similar in scope to Nusa Dua in Bali. The development is part of the Indonesian government’s bid to drive tourism growth in four designated areas across Indonesia. Lombok is one of the areas where the government’s efforts will be focused, with plans afoot to extend the runway at Lombok International Airport, upgrade Port Lembar on the west of the island to accommodate luxury yachts and cruise liners and build a new international hospital. March sees the launch of the inaugural MotoGP Indonesia at the recently completed Pertamina Mandalika International Street Circuit, one of several international events that local authorities hope to attract to the island in the coming years.

The project will span 157 hectares encompassing the entire bay, which stretches across 3.6 kilometres of Mekaki Beach. Behind it, Mekaki Hill is a challenging climb for which hikers will be rewarded with spectacular views of the bay. The Apurva Kempinski Lombok will occupy one of the largest plots at the heart of the development.

Free from crowds and traffic, Lombok is dotted with traditional villages, local markets and emerald rice paddies. The white sand beaches and turquoise waters that surround the island are a haven for surfing, stand-up-paddle boarding, snorkelling and diving, while the verdant interior is crisscrossed with cycling routes and hiking trails. Intrepid visitors might attempt the trek up Mount Rinjani, the highest mountain on Lombok, which passes picturesque waterfalls, restorative hot springs and quiet villages. The island also serves as the jumping off point for the Gili Islands, home to some of the best snorkelling and diving in the world, and for trips to Komodo National Park, the island habitat of endangered Komodo Dragons. 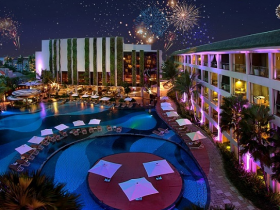 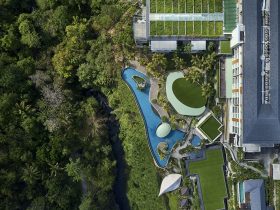 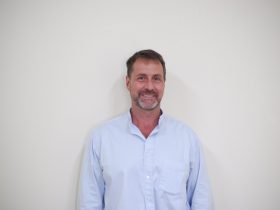