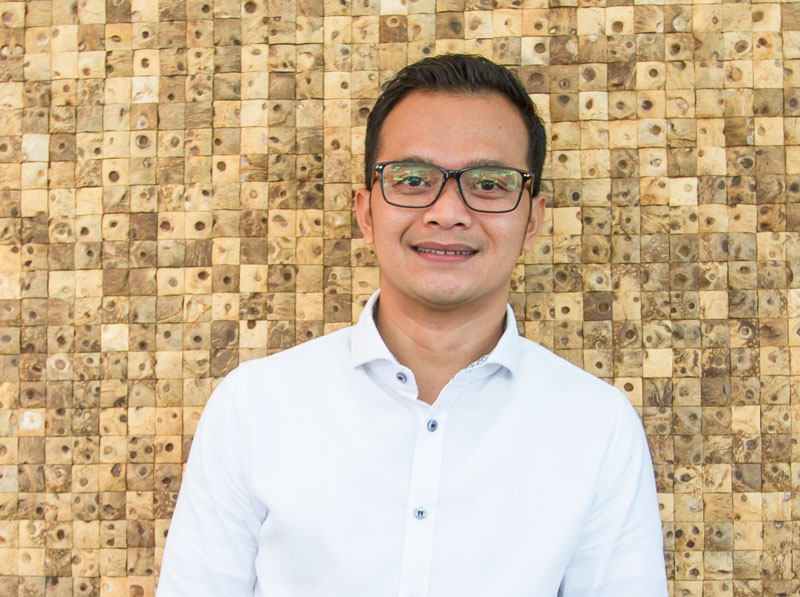 When did you first become passionate about pastries?
I have always had a love affair with sweets. When I was young I was pretty fat and ate everything I could get my hands on, from cookies to candy bars, not one donut was safe. It is quite ironic that I became a pastry chef and now I barely eat desserts. I became serious about pastry when I started cooking with my mother when I was about 18-19 years old. My mother was diagnosed with cancer and was placed on a special diet. We started baking low fat, low sugar and low sodium desserts and though what we made was inedible, I had fun and baking sparked my interest. I started reading as much as I could, watched as many cooking show as I could and eventually landed an internship at New York City’s iconic, Union Square Café. I guess one could say pastry was love at first bite (yes, I know that is a horrible joke)…

How have you become so successful in your field and tell us about winning the Iron Chef Thailand Edition?
I became successful with great sacrifice. This business is not easy and I have pretty much given most of my life to it. I dedicated myself to carving my own path to success. I worked hard, learned as much as I could and was willing to do whatever it took to achieve success. A dessert is the last impression you have during a dining experience and I always want to steal the thunder and have the most memorable dish of the evening.

Iron Chef Thailand was a wild experience. Obviously, I don’t speak Thai, so I really had idea what the was being said most of the show, even as the secret ingredient was revealed. I kept calm, focused and won The Berry Battle by the largest margin in the show up to that time. The one-hour battle went so fast, but I had two super strong cooks with me that was true all stars. I had a great time and would love to do it again.

How many cookbook have you published?
I have self-published one cookbook. Lickerland: Asian-Accented Desserts by Jason Licker was nominated for a James Beard Award in the category of Cooking From A Professional Point Of View in 2017 as well as named #2 Asian cookbook in the world at the World Gourmand Cookbook Awards in 2018. This is a rare achievement for a self-published publication. I am think about maybe doing one more.

Can you recommend a few places in Asia that serve some of the best desserts?
Tokyo is the epicenter for pastry.

Are going to create something new in this upcoming event ‘Licker Pastry Take Over’ at Renaissance Bali Uluwatu Resort & Spa?
I am going to make signature desserts from Lickerland as well as some new originals while cooking with Chef Chris. I am looking forward to play with Balinese ingredients and fusing flavors together. You have to come and eat to find out what I do…..

What is the weirdest request of pastry that you had to make?
I was asked to hide a wedding ring in a cake. I was like hmm, ok, so you want me to put this expensive diamond inside of a cake and want your girlfriend to discover eating it? Umm what? There are a few other crazy requests, but we have to keep this nice and clean.

What do you think is your strongest personality trait?
I can make anyone laugh….

If you could pick one place anywhere in the world to be your dream destination, where would it be?
Wow, that’s a tough one. I have traveled quite a bit and I would say it is a tie between Bali and Kyoto. Both are remarkable and so unique.

What do you do for fun during your day off?
I like to completely chill out and hangout with friends. Lazy day off are always nice… 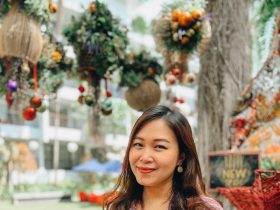 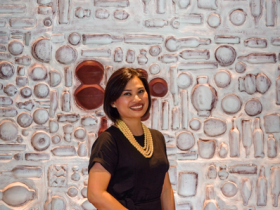 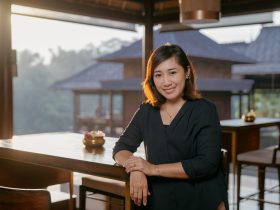 Interview with Desy Setiawati Director of Sales and Marketing Mandapa, a Ritz-Carlton Reserve 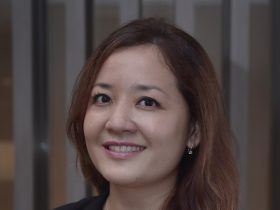