On National Trash Awareness Day, 21st February, Indonesia Indah Foundation invites you to care for the environment by going outside your front door with members of your household only, to collect and sort litter from around your home. The foundation, which will roll out the second annual Hari Bersih Indonesia this month, challenges people to raise awareness to the problem of waste and littering and helping the environment, which is as easy as pledging to collect one (1) bag of litter from outside your front door.

The amount of plastic waste is increasing amid social restrictions in Jakarta, a recent research published by the Indonesian Institute of Sciences (LIPI) shows. LIPI’s Oceanographic Research Center worked together with researchers from the Bogor Agricultural Institute (IPB) and the Open University (UT) on a collaborative research, where they succeeded in identifying waste heading to Jakarta Bay through the Marunda and Cilincing Rivers in March-April 2020.

The research result showed that the amount of waste in general increased by 5% but decreased in mass by 23-28%. These results reinforced indications of changes in the composition of waste during the pandemic, namely the increase in relatively lighter plastic waste. This research has identified seven types and 19 categories of trash, where plastic waste dominates by 46-57%.

This increase is due to online shopping becoming the norm during extended periods of social restrictions and lockdowns. As a result, the amount of plastic waste produced in households is increasing at an alarming rate. When not properly processed and recycled, this plastic waste can end up polluting marine ecosystems, causing irreversible harm. Angela Richardson, founder and Chairwoman of Indonesia Indah Foundation, highlights the importance of having one day a year dedicated towards taking action and volunteering to raise awareness to the very serious problem of littering and plastic.

The sorting of the collected litter is a move to help socialize the Government’s ‘Kupilah Sampah Dari Rumah’ program, which will be rolled out on Hari Peduli Sampah Nasional. The Jakarta Environment Agency (Dinas Lingkungan Hidup DKI Jakarta) wants everyone in Jakarta to start separating recyclables from non-recyclables at home, in an attempt to reduce the amount of garbage that ends up at Bantar Gebang landfill.

Participants can take videos and photos of their actions and send it to the Hari Bersih Indonesia’s team. The selected videos will be presented during the live streaming of the National Trash Awareness Day event, a collaboration between Hari Bersih Indonesia, the Jakarta administration, and the Jakarta Environment Agency, to mobilize Jakarta residents in its 44 districts and 267 subdistricts to participate in a personal environmental action and to coordinate the collection of litter from numerous locations in Jakarta.

Due to the Covid-19 pandemic, as well as recent announcements from the government regarding the Covid-19 preventive health protocols, Hari Bersih Indonesia will not be opening clean-up sites in areas that are considered black or red zones. For areas that are already in the yellow / green zones, Indonesia Indah Foundation has strict social distancing and group size limitations to avoid further spreading of the Covid-19 virus. Hari Bersih Indonesia also works with Fornas Rintara Jaya to mobilize clean-ups in rural areas and on islands.

Individual and community site registration is open through this link until 20 February: bit.ly/hbi2021 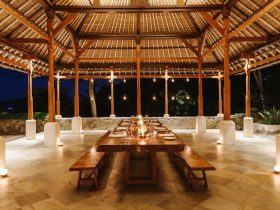 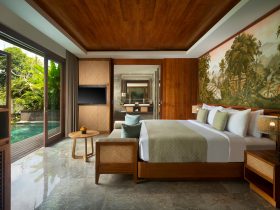 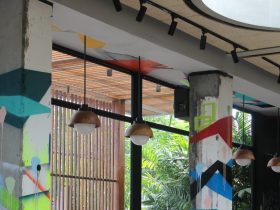 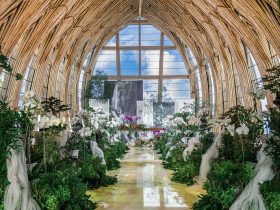 Sustainable Wedding by The Apurva Kempinski Bali and Local Partners