AirAsia’s inaugural flight between Lombok and Perth touched down on 9 June 2019 , kicking off a new, four times weekly service between Australia and Indonesia.

The undiscovered paradise of Lombok, which is being hailed as ‘the new Bali’ is set to become a thriving tourism destination for many Australians.

“We’re proud to further grow our connectivity between Australia and Indonesia and in doing so provide great value fares and more opportunities for Australians and Indonesians to fly,” says AirAsia Indonesia CEO Dendy Kurniawan.

AirAsia will further boost local tourism on the island of Lombok with a number of post-earthquake recovery initiatives and new flights between Lombok and Kuala Lumpur, Singapore, Yogyakarta and Bali which are set to take off soon.

“Western Australians have a great propensity for travel, and Indonesia represents Perth Airport’s largest outbound market as it offers an easily accessible and attractive destination for travellers,” says Brown. “This new service also provides an opportunity to grow the Indonesian inbound tourism market for Perth and Western Australia.”

Fares between Perth and Lombok start at $99 one way. AirAsia operates 25 flights per week between Perth, Australia and Indonesia, which includes Bali, and Lombok. (www.airasia.com) 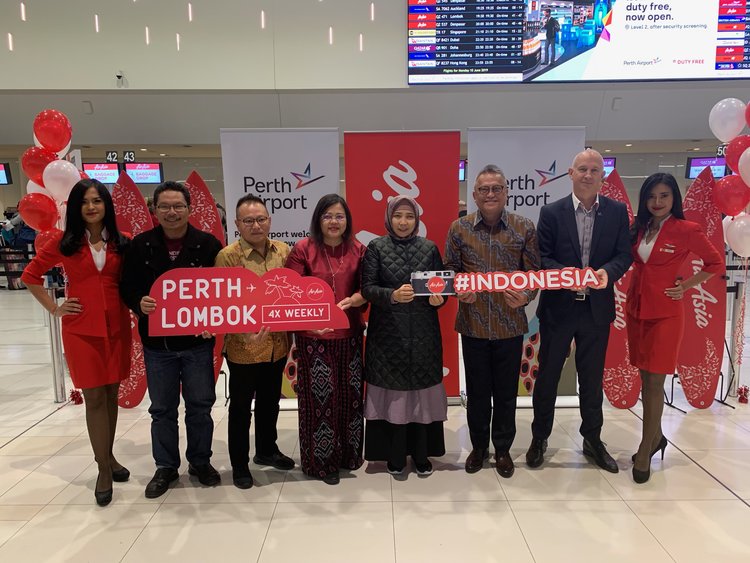